And one last link – cs_jungle.zip

- This is the first release of the map, my tests with bots show it is working though

several adjusments should be made for improvment.

- Hostages require some guidence in order not to lose them on your way.

I would like comments on FPS issues in the map (Runs fine on my Ti4200, with fps

similiar to dust2 and compound). E-Mail me at shiroko@dune2k.com

- Bridge made static, I was dreaming anyway.

- Bots still lag, if anyone could point a solution it would be nice.

- Edit nav area names in radar map, sorry for the silly names, they're are limited to what's available.

- Removed the func_dustmotes in the meanwhile because they were causing a bug that made all the muzzle flashes, smoke and explosions invisible.

- Added occluders, FPS is up to 15% higher in some critical spots, but more than that I couldn't do.

- Nav file fixed, it's not 400k instead of 2MB and fixes hostage movement (They won't dance around the garage and follow better in the woods) and also eliminates the bot lag. Bots can now be added freely (Well, as free as in any other map) and they now know the paths to all hostages and the path from the overpass (Though, they're don't seem to use it)

- Added an easter egg, as a signature for people that get the map without a readme.

- Fixed some invalid CT spawns, map not officialy supports 40 players (If anyone actually manages to get so much players on a server, I'd like a mail about that)

- Fixed some points of awful mapping technics, nothing you'll notice but took down vis time for compiling and I think it's more fair in the balance of things...

- Nav file improvements, bots still don't use overpass (They know it, but unless following a human, they don't like this path), Hostages problems solved a little, but seems no matter what I'll do you have to wait and give them time to catch, as they simply cannot keep in pace with a player, otherwise they preform good (Just make sure you give them a sec to figure when they need to jump).

- Clipped some odd areas once more, and all the horizontal trees so you can stand on them.

- Made the invisible blocks less apparent, APC in CT spawn and a tree to block some of the river passage

- Overview added for the 3 people that might actually use it, the rest now have to download an extra 1.3M cause of the overview texture.

- Fixed a lot of plants that were actually hovering.

- Made the beam in the T Spawn stairs illusionary, so you can get stuck in it.

- Added a cubemap for the APC

- Rounded one of the rough cliffs.

- A few other pointless things.

- Unless something critical happens to this release this would be final one. If you still want to comment, you're welcome, it'll just have less of an effect like that.

* A few basic strategies to keep in mind:

- Move slowly in the forests unless you're in a rush, it's very easy to miss people hiding in the shadows.

- Which points the next thing, use the shadows and the bushes in the jungle, don't move on the road in the middle. You can frequently kill someone from behind because he passed you without noticing

- Terrorists have a camping advantage, if they use it the CTs can always use the overpass for sniping them (Use the area with the bushes, not the exposed area, it is meant only to avoid damage when going down)

- When sniping hide in foliage and don't move, moving is the most exposing thing. (Until someone saw you, then you better move if you don't want to get hit)

- If you go for hostages, try letting two people get them, each from one house. This will simplify bringing them back. Remember there are two Hostage rescues, so if you suspect someone camping the rescue, go to the farther one.

All models and textures are created by me, but can be used by any other mapper for his map freely. As long that he doesn't make any profit of this work. In the later case, E-Mail me at shiroko@dune2k.com for resloving the issue. Also in both cases, credit should still be given to me. In case anyone wants the source file of the art he's welcome to E-Mail me (Again, shiroko@dune2k.com) 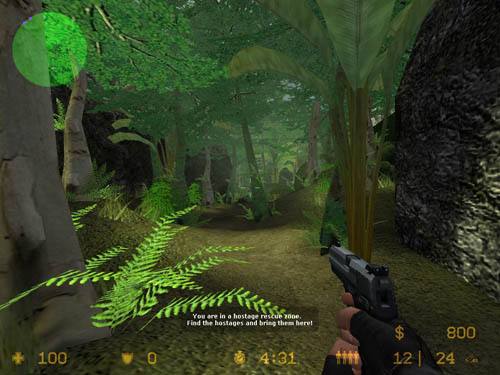 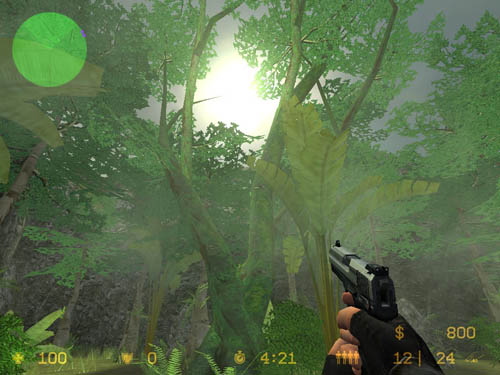 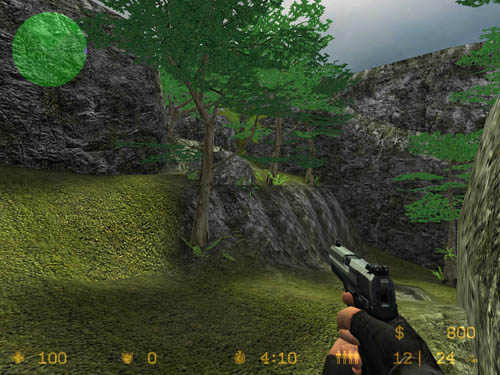 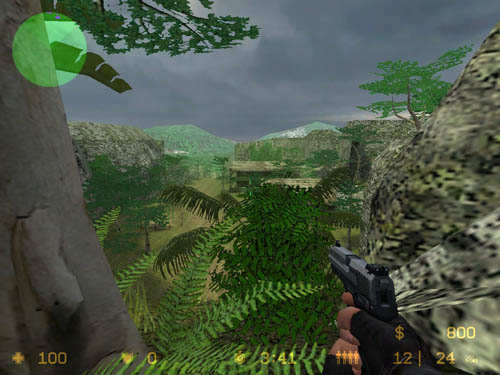 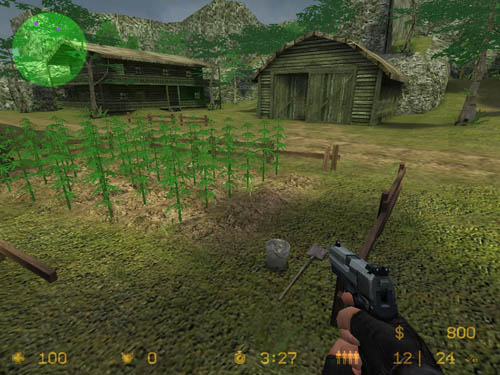 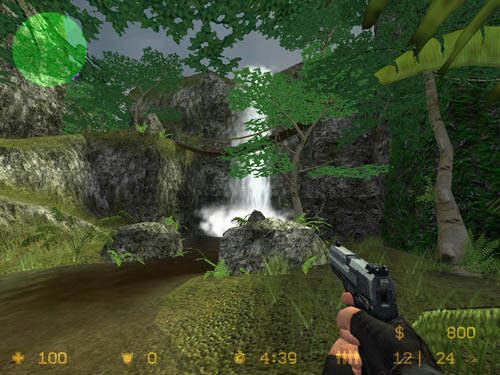 Now that the map is complete I'm releasing all the textures and models in a separate file and the source vmf file for CS_Jungle. Before downloading read the license agreement though.

The following files were created by me and are in no way freeware. The art (Models and textures) may be used for any HL2 (And mods for HL2) maps for free, for as long as the used is not making a profit using that art. In case you plan on distributing a work that contains it for money you're not allowed unless you get explicit permission from me. (Shiroko, shiroko@dune2k.com).

(The upper paragraph does not count for the following VTF files: dirt01.vtf, mud01.vtf, grass01.vtf, cliff05a.vtf, cliff05b. This were downloaded and barely worked on so they remain free work)

The source file map (CS_jungle.vmf, duh) is supplised only for educational purposes! You may not use it as base or your work or make a cs_jungle_mark2 map or anything of that kind. It is simply supplied to show mappers the techniques used for creating the various effects in the map. You also cannot copy any portions of this file for use in your map (Why would you want to anyway?)

Those files may also not be distributed in other sites.

I don't mean to pursue any legal actions, but if I'll find someone ripping of my work it'll be very hard ignore so don't get surprised. 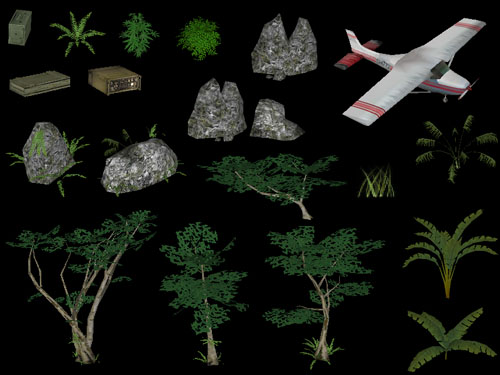 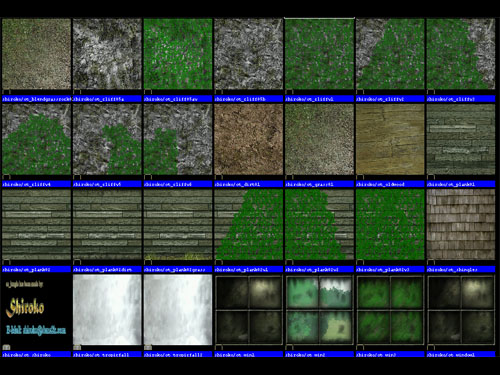 Models and textures from "CS_Jungle – Art.zip"